So the “Walk The Talk” means exactly what it should 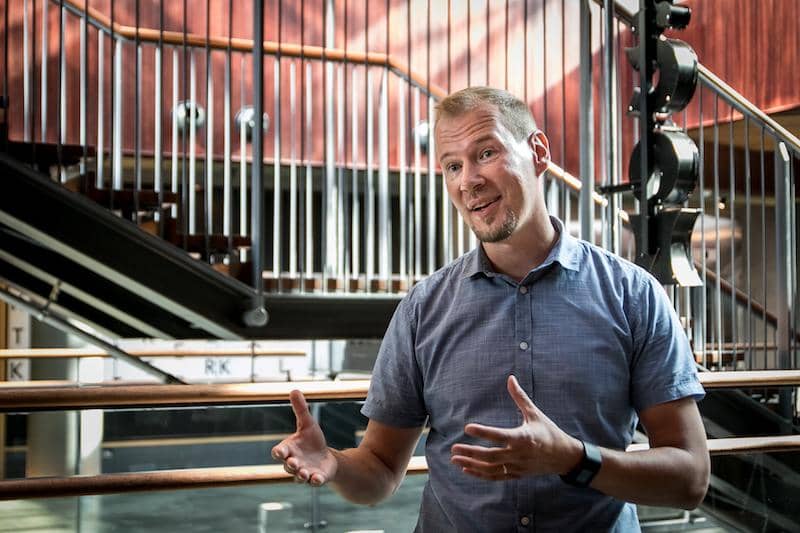 “I like the fact that Compile doesn’t have the bureaucracy of a big organisation. This is refreshing. In a small organisation, you get to do things very diversely. Nowadays I find myself doing all sorts of random things in addition to sales, such as orienteering.

I’ve spent around 20 years in the ICT sector, and 17 of those years working for an international group. I have held many different positions during my career, but I have never done new customer acquisition. Therefore, the fact that at Compile my responsibilities include sales in addition to customer relationships is very refreshing.

I come from Kitee. After upper secondary school I left Kitee to study information technology at Lappeenranta Technical University of Applied Sciences. I had no idea what I wanted, and Lappeenranta seemed like a good idea for someone from eastern Finland. I shortly ended up working as a coder.

In addition to writing code, I have worked as an architect, project manager and team manager. I have run offices in Finland and abroad, and unfortunately I have also had to close some of them. I lived a subcontractor for mobile development through the golden years of Nokia and the subsequent turmoil. Travelling was exhausting and time consuming. It was also stressful for the family. The last four years before coming to Compile, I was the manager of various business units.

At the end of last year, Mika hired one of my colleagues to Compile; an architect I know well. We had coffee on his last day at work, and I heard how Mika had personally brought him a laptop. I knew Mika well, and I had to some googling to find out more about this Compile company.

I heard how Mika had personally brought him a laptop.

I started negotiating with Mika. What was really attractive to me was that I would have the opportunity to build something new and have an impact on it. I was attracted to Compile’s central idea of doing things properly. I thought if “walk the talk” meant for once what it was supposed to, I’d go see.

I was attracted to Compile’s core idea of doing things properly.

I want to be involved in building Compile’s corporate culture from the beginning. It is important for me to ensure that the atmosphere and team spirit are not compromised.

I want get absorbed deep into customers’ world, so I can understand what the customers want to achieve and how we can support them. My job includes discussing a lot with, not only customers, but with our consultants too. Even difficult conversations have to take place. You can’t shy away from difficulties and wait for time to sort things out somehow.

You can’t shy away from difficulties and wait for time to sort things out somehow.

We have a job for grown-ups. Our consultants know you don’t always get to do the thing that are the most fun. We don’t promise anyone that every project would rock their world. In the long run, however, we steer things in the right direction.

Working regularly with customers is one of our core values. The steering groups that I mainly manage build the base to our operations.

I hope to be the trustee for our customers, the one that’s on their side. In some situations, it may mean that the best solution is something other than Compile. I strive to create an atmosphere where customers can talk to me openly and confidentially about any issues. I’m a sparring buddy to them.”