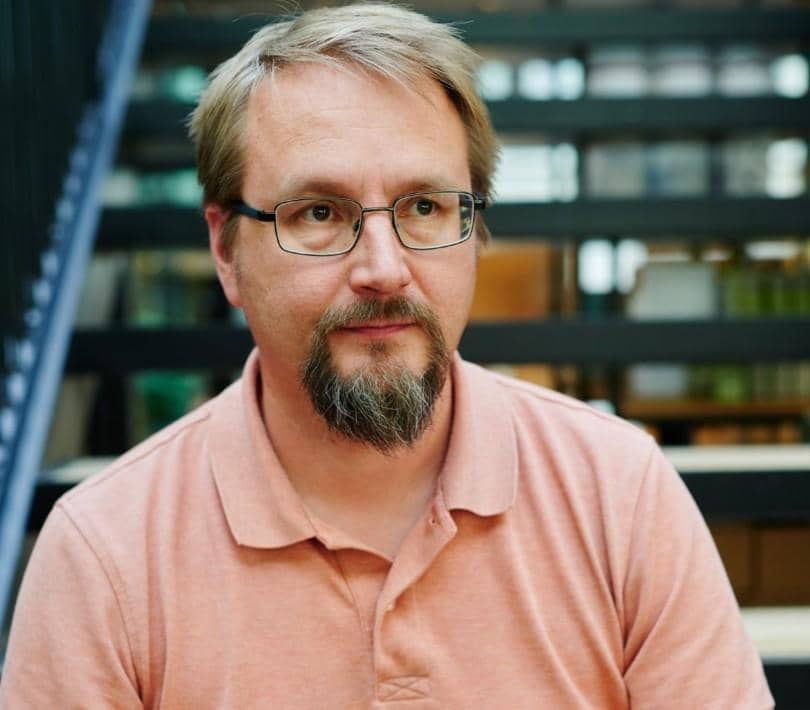 “I was asked to join Compile four years ago. The company was relatively unknown at the time, but I decided to listen to the founders’ story. The founders’ offer differed from the offers of others – fair wages, flexibility in working hours and interesting tasks,” says Mikko Mustonen.

Mikko is a Master of Science in Mechanical Engineering from Aalto University. Mikko started his career as a researcher at VTT, where he ended up after graduation. At VTT, Mikko studied the damage signals of paper machines. For the first time, programming was also introduced as part of the job description.

In the early 2000s, Mikko was asked to join a startup company that had an interesting business idea related to the use of short-range radio waves for local positioning. At the startup company, Mikko focused mainly on programming. When the startup company was sold, Mikko ended up working for a large software consulting company until he decided to change jobs.

“I was really happy with my old job, but Juha and Mika’s offer was a good one and it has held true until the present day,” says Mikko. “For example, leave may be taken upon agreement and the salary is tied to the work performance and not to attendance.”

Mikko’s working days include a lot of planning and instructing, as well as the evaluation of his co-workers’ output. “One of my favourites today is building IT operating environments programmatically. Environments can be built in data centres or on the platforms of cloud service providers. Imaging tools like Cloudformation or Ansible are used for construction.”

One of Mikko’s favourite projects has been Kela’s assignment, in which the state department’s website was updated and modernised. “I like public projects because the results of the work benefit the general public.”

“The best thing about Compile is the company’s humane attitude towards employees and the lack of bureaucracy. The founders of Compile are really smart and nice guys, as are the co-workers.”